The Dark Part of the Forest #4 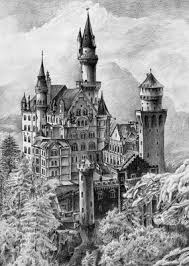 Tily had just recounted her experience to her two friends.

“You’ve already said that. What we really need to know is what they are going to do, if anything,” sighed Tily.

“I really don’t think they’re going to do much,” said Erin,”though I don’t know how his classes will work out. They’ll need some dead thing every time he practices. And what is he going to do throughout middle school? He seems to already know everything there is to know about his abilities, and he’s able to use them. Most 6th graders are barely able to control their powers yet.”

“I remember last year in our train compartment all your stuff was floating about an inch off the ground!” laughed Tily.

“Well that’s off topic. What we really should be thinking about is something far more leisurely: which classes we have together,” Peter said with a silly smile. Tily sighed.

And that was how they wasted the evening instead of doing something that was productive, or at least, that’s what Tily thought.

When they went down to dinner, they were all quiet, deep in thought, each of them thinking about something different.

Peter was thinking, order femara in canada. Something about the earth kids seems weird. Their smiles and laughter seem forced, and nobody seems to be doing much, not even eating. They’re just picking and nibbling. He kept watching them, eating his mashed potatoes.

Meanwhile, Tily was thinking,Why won’t they talk about those boys? They KNOW I want to talk about it, but they won’t! And it’s not like I have any new ideas about what they’re up to or what they might do.

Why does Tily look so angry? And frustrated? was all Erin could think.

And that was how dinner went. Each silent, thinking hard about their own separate thoughts. That’s why they barely noticed, at first, what was happening at the far end of the table where many of the students of earth sat. There were loud noises and laughter coming from there. Now heads were turning all over the mess hall, and some people left their seats to see what the commotion was about. Some monitors had also noticed, and were coming over. Soon nearly everyone was gathered there, and the noise level rose.

“Well, I guess we should probably go over there,” said Peter with a tiny sigh.

“Obviously!” Tily practically screeched. But only her two friends could hear her, so loud was the noise now. The monitors had given up keeping order and watched mutely. The three friends made their way over, but they soon found a problem. Two, in fact.

“I can’t see a thing!” Erin yelled – an uncommon tone for a girl like her.

“What?” Tily yelled back.

“This crowd is blocking the view!” Peter yelled.

“I can’t hear you!” Erin replied. Peter shook his head, motioning for them to follow him. They stepped away.

“We should find a way to get past the crowd,” Peter said.

“I guess we can just push through. Getting separated isn’t really our biggest concern at the moment,” said Tily. Right then, as if on cue, some people started screaming.

And so, they squeezed, elbowed, pushed, and ‘excuse me’ed their way to the front of the crowd. What met their eyes was not a pleasant sight.