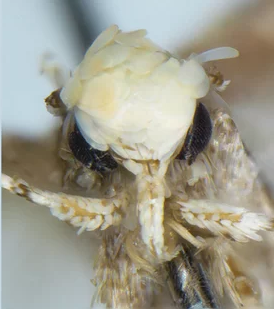 Discovering a new specie is a huge scientific accomplishment.  There are several challenges that come with this great achievement, one of them being the name.  Scientists sometimes name their discoveries after famous people.  This is done to draw attention to their findings or in tribute to the person.   Here are five animals named after presidents:

Washington’s Wasp:  This parasitic wasp who was named after George Washington lives mostly in Costa Rica.  the wasp is scientifically known as Heterospilus washingtoni.  The wasps and Washington have very little in common but they both can have large families.

Teddy’s Shrew:  A shrew is a small mouse like creature with a long pointed snout.  Teddy’s shrew scientifically known as Crocidura roosevelti lives in the moist lands of Central and East Africa.

Bush’s Slime Mold Beetle:  The beetle was named after Bush because he was willing to do difficult work in order to stick to his principles.  His specie of Slime Mold Beetle is known scientifically as Agathidium bushi.  The beetle is mostly black and lives in the soil, on the forest floor, and on lawns.  They eat yeasts, bacteria, and fungi.

Trump’s Tiny Moth:  A Canadian scientist named Vazrick Nazari found a new specie of tiny moth.  The scientist thought that the moths white and yellow crown looked strikingly like Trumps  hair.  The moth lives in California and Mexico and its scientific name is Neopalpa donaldtrumpi.
Credit to:
https://www.livescience.com/59690-animals-named-after-us-presidents.html
https://en.wikipedia.org/wiki/Slime_mold
https://www.telegraph.co.uk/science/2017/01/17/meet-neopalpa-donaldtrumpi-threatened-moth-named-donald-trump/