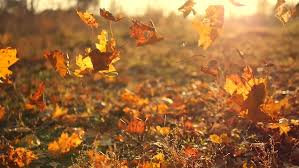 A chilly autumn wind blew through her hair. She wrapped her coat around tighter around her, trying to protect herself from the wind. Trying to protect her small, fragile body from what she knew would come soon. Trying, in vain, to protect herself from her fate. As she walked, ever closer to her death, ever farther from any hope, she quickly checked her pulse. Still there, she thought. She was relived, but only for a moment, as she knew one day it would stop. One day, her heart would stop and she would breathe no longer. One day, she would be dead, but she would walk the streets as if she were not. As if she were still alive.

Whenever she thought about it, it became difficult to breathe, and the walls felt like they were closing in on her. She took deep breaths so she wouldn’t succumb to her fear and her imminent death. She knew that any little thing could trigger it, that any little thing could stop her heart. She was always careful to breathe right, to walk right. She was always made sure to protect herself from anything sharp, anything that could hurt her.

She wandered now, looking for a place to stay. She hadn’t had a real home in years, and it didn’t worry her. She would find somewhere to stay before she had to move on. Her feet took her to a rickety old inn at the edge of town, where there were still a few rooms left for the night.

When she stepped in, a large dining hall greeted her, a fireplace on the one end, wooden tables scattered across. She reserved a room, then sat by the fire, not too close, not too far. She was served dinner a few minutes later, a simple soup. She waited for it to cool down before she ate, not too fast, not too slow. Her thoughts returned, as they always did, to her predicament. She shook her head, trying to clear her thoughts. Ignoring the sinking sensation in her gut, she retired to her room.

It was a simple room, a bed, armchair, and a dresser, a fireplace warmly lit. The two windows were both closed. She set her small pack down on the dresser, suddenly tired. She sat down in the armchair, contemplating her situation. What could she do? She was going to die soon, no matter what she did. She could protect herself all she wanted, but it was no use. Living death was her fate.

She stared into the fire, and noticed she was beginning to warm up. Beads of sweat began to form on her face. She jumped up and ran to the window, throwing it open as fast as she could. She took a deep breath of the fresh, cool night air, feeling her skin cooling. Her fingers found her neck, and she checked her pulse. She breathed a sigh of relief. Still there, she thought, for now.

She reduced the fire to embers, still warming the room, but not overheating it. She closed the window, leaving it just a crack open, so she would not freeze in the night. Then she went to bed. Her eyes closed, and she was asleep in moments.

In the morning, she awoke early. She was sleepy, but well rested. She stretched, sitting up. She was a bit chilled, so she got up to close the window and noticed fresh snow on the ground. She slammed the window shut, then ran to the fire to stoke it, in an attempt to rekindle the flame. She could not. She tried desperately, but succeeded only in raising a cloud of ash.

Her hand fluttered up, checking desperately for her pulse. Then she checked again. And again. She couldn’t find it. She checked one more time before sinking to the floor. She realized she was no longer breathing. Tears pricked at her eyes, rolled down her cheeks. In a moment the tears were gone. It was the last time she would ever cry. Her fate had been fulfilled.