The Dark Part of the Forest #11 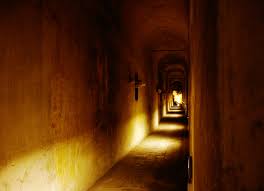 ⇑Chapter 11: Back to the Middle School⇓

They all stared at the place where Ximen had been a second ago, shocked.

“That was a certain sixth-grader named Ximen Valor. Really a stupid name, in my opinion,” said Tily.

“Is he the one all the rumors are about?”

“No one ever said anything about him being able to turn invisible and teleport.”

“He can also raise the dead.” Leanna shivered. “So he’s really not the type you’d want to hang out with.”

“I really think that kid is far more trouble than he’s worth,” mused Marcus.

“Well, duh. He’s been causing trouble since day one,” replied Kathryn with an eye roll.

“No, I think this goes beyond that.”

“What do you mean?” inquired Peter.

“I think what Marcus means is that Ximen’s got something to do with whatever it was that got the whole school shut down today,” Erin said. “He probably noticed us acting strangely, heard us say something about coming here to find information, and followed along. In one way or another, he’s going to use Leanna’s story to help him.” She shook her head. “I told you so, Peter. It was the easiest thing in the world for him to go invisible and listen to your plan in what you thought was the privacy of your room.”

“He could have just as easily heard it in that crowd.”

“Oh, shut up, you two. What’s done is done. For now, we should focus on finding out what he’s planning.”

“Can we all agree to try to stop whatever’s happening?”

“I’ll do whatever I can,” said Leanna. They all looked at Kathryn expectantly.

“And with that, it’s time for all of you to leave. You’re pushing your luck staying here.”

“We’ll be back as soon as we find something,” said Marcus.

“I’m sure you will. Be careful out there, they’ll have the school on double security after this.” She quietly shepherded them out the door, closing and locking it behind them. Peter led them through the labyrinthine passages, taking turns seemingly at random, sometimes backtracking, sometimes going in circles. Finally, he stopped in front of a boringly average piece of wall. He drew a rectangle and tapped the bent nail in the center of it. The wall silently morphed before their eyes. Having seen it once didn’t make it any less amazing than before. Quietly they proceeded down the magically lit passageway, each lost in their own thoughts. Soon they had reached the other end, where Peter tapped the wall in just the right place. A school hallway opened up before them. Peter stepped out, looked around carefully, and motioned the others through. He led them through the hallways back to the room he and Marcus shared. Once there, he waved them all in, then quietly shut the door behind him.

“Can I go back to my room now? I need some sleep,” yawned Tily.

“In a second. Can I meet you all in the library after school tomorrow?” asked Peter.

“Why? Do you want to form a study group or something?” replied Kathryn.

“In a way. We need to do some research on various subjects to fully understand the situation.”

“You and your research.”

“We’ll all meet you there tomorrow,” said Erin. “That means you, too, Kathryn.”

“See you tomorrow,” said Erin before opening the door and leaving. Peter waved.

“What is your roommate going to think?” whispered Erin to Kathryn as they hurried towards their dorms.

“I don’t think she’s even in our room. She’s always visiting her friends.” Kathryn rolled her eyes. “It’s kind of annoying, but also really convenient for times like this.” They came to a fork in the hallways where they parted, Erin and Tily going right, Kathryn going left. Soon they stood inside their room.

“Didn’t I tell you it would be a good idea?” said Tily teasingly.

“You were right, but have to admit it didn’t turn out the way you thought it would.”